ERKI PÄRNOJA. A musical-visual journey in the lost church of the Old Town. 3 June at 8 PM in St. Catherine’s Church (Vene 14a) 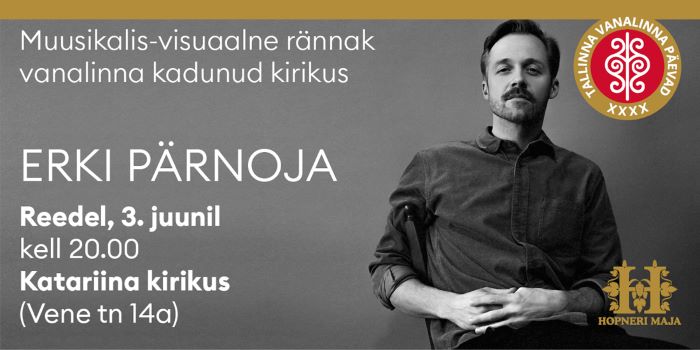 For the duration of the Old Town Days, St. Catherine’s Church will open its doors for concerts. Adding a bit of a mystic air, it can be called “the lost church” because after the fire in 1532, this magnificent building in the Latin Quarter has not been used as a place of worship.

Erki Pärnoja is a musician, composer, and multi-instrumentalist whose creation is characterized by melodic and melancholy sound that intermixes with Northern brightness, simplicity, and yearning to inspire the listener’s imagination. He released his fifth album – titled Anima Mea and written for choir and ensemble – in April 2021. March 2022 also witnessed the release of his first piano pieces’ EP Volga: Six Pieces for Piano that was released in honour of international piano day.