Early Music in the Old Town. Concert The Sounds from Heaven by ANNA-LIISA ELLER. 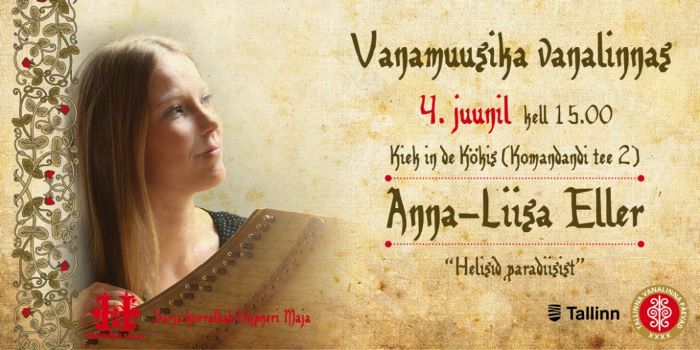 “Zither player Anna-Liisa Eller has specialized on performing early music on zither. This has gained wide international attention. Experienced experts of early music have discovered that the Estonian zither is a well-hidden gem that is perfect for performing medieval, renaissance, and baroque music. The Estonian zither is an ancient folk instrument that is well-known and loved by us but unique and exotic beyond our borders. Upon first hearing it, a lot of people have described the sound of Estonian zither as “otherworldly” or akin to “the sounds from Heaven”.
Anna-Liisa’s solo programme will include arrangements of music by the composers G. de Machaut, W. Byrd, G. Frescobaldi, and J.‑Ph. Rameau for Estonian chromatic zither, as well as original music by Helena Tulve.”

The concert is free.