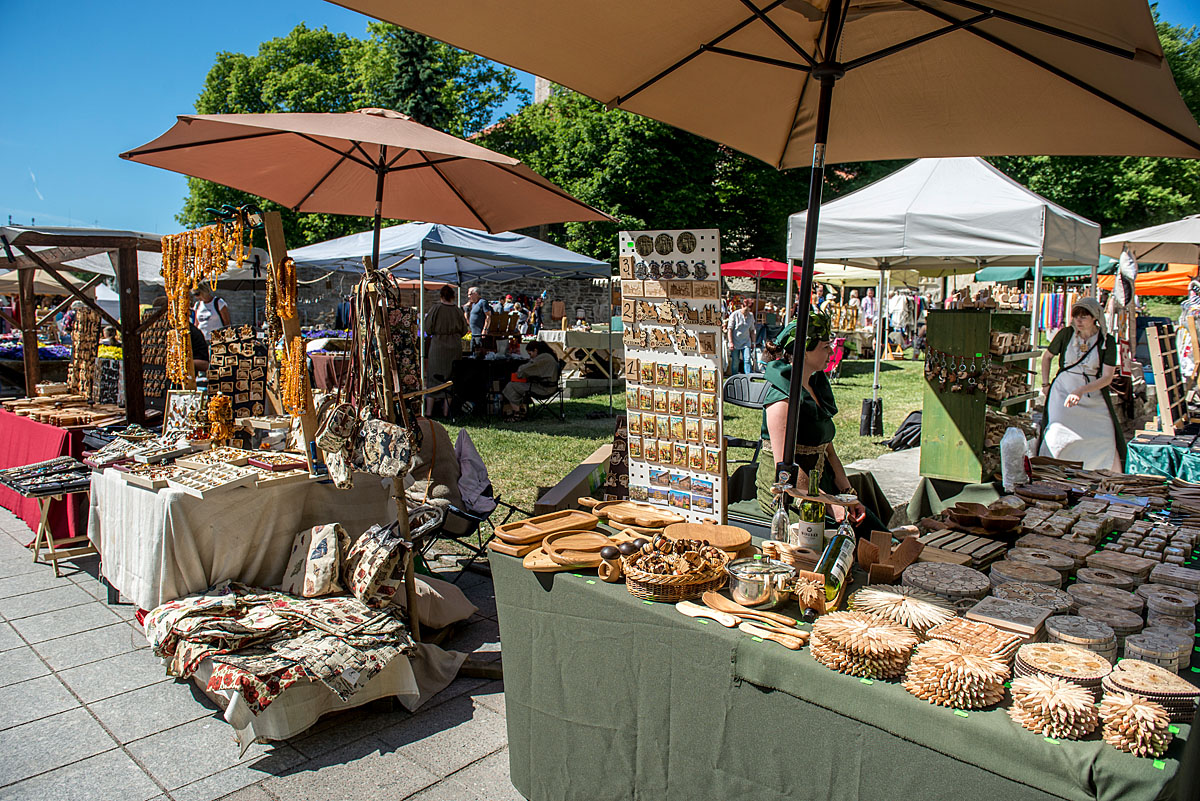 Chronicle at the Town Hall Square

The visitors of the Old Town Days are welcome to record their emotions in a modern chronicle located at the Town Hall Square. The authors of the chronicle are Pille Kivihall and Eero Kotli.

measures the time from the start of the Old Town Days and the time remaining until their end. Pallas University of Applied Sciences.

The students of Pallas University of Applied Sciences introduce archaic techniques to the public and involve the visitors in the creative process.

The exhibition shows central historical moments from the past 800 years – from the first encounters to present-day cooperation. Four central themes and stories will be told: early Danish connections around 1219, Danish volunteers to the Estonian War of Independence in 1919, Danish support to Estonia in the years of regaining independence in 1990’s, and contemporary cooperation and exchange within culture and military.

On June 15, Estonia and Denmark celebrates the very day when, according to legend, Dannebrog fell from the sky in Tallinn. Her Majesty Queen Margrethe of Denmark will visit Tallinn and participate in several cultural events, including a public celebration on Vabaduse Väljak. The photo exhibition “Estonia – Denmark. Historical highlights throughout 800 years” will be a part of this event.

The churches of the Old Town built during the Danish era offer an interactive display of the history of the church and the saint after whom the church was named.

on the lower floor of Golden Leg Tower

Pictures by Hugo Hiibus completed over the years.

the green area of Harju Street

Miniature exhibition of the departments of the Pallas University of Applied Sciences.

Estonian Ceramists Association in the courtyard of the Dominican monastery (14a Vene St.)

Opening of the exhibition on 31 May at 3 p.m., garden is open to the public from 2 p.m. – this is the time of the so-called growing garden during which the visitors can see the development of the garden as the artists set up compositions with vases.

Sculptures outdoors and in the garden. Estonian Sculptors’ Union.

Sculpture Singers by the Danish sculptor Brian Lang Hansen in front of St. Catherine’s Church (14a Vene St.).
Sculptures Aare and Unistuste meremees by Toomas Altnurme in the garden of Adamson-Eric Museum (3 Lühike jalg St.).
Sculptures Euronyme and Ying and Yang by Gea Sibola Hansen in the garden of the Museum of Photography (4/6 Raekoja St.).
Cat sculptures Pibi I and Pibi II by Piret Meos in St. Catherine’s Passage.

Opening of the exhibition on 31 May at 3 p.m., garden is open to the public from 2 p.m. – this is the time of the so-called growing garden during which the visitors can see the development of the garden as the artists set up compositions with vases.

Permanent exhibition The City of Ruins

Permanent exhibition at the Adamson-Eric Museum

Permanent exhibition on the history of Estonian photography from 1840 to 1940.

Vana-Posti Street becomes a hotspot of street food during the XXXVIII Old Town Days. The mini restaurants on wheels offer unusual menus, modern and affordable dishes that are simply delicious and satisfy even the most demanding customer.

The Home Cafe on the Falgi Road

The Home Cafe on the Falgi Road sells coffee and snacks directly from a living room window. Using the unique location and love for baking, two coffee loving architects will open their windows for just four days to fill the street leading to Toompea with the beautiful aroma of coffee. They look forward to you visiting their little home cafe!

In front of the bandstand of Harjumägi, it is possible to buy, exchange, and record music from the wide world. There will be approximately 40 vinyl sellers, some from the old Harjumägi vinyl market era, while others are young music lovers.

Come and check out the unique ideas and initiatives of youth. Junior Achievement Eesti SA.

Visiting traders from Lithuania and Belarus